The third season of LEGO Masters has been eagerly awaited by the show’s audience. The Will Arnett-hosted game show competition completely and instantly captured our attention when it was first released in the year 2020.

“Lego Masters” is the title of the hugely popular British reality series that received an American adaptation. The contestants build Lego structures in an effort to win a $100,000 cash prize and the highest title, “Lego Master.”

In 2020, the first episode of the series aired, and viewers responded with a generally positive response. Its two Primetime Emmy nominations attest to its accomplishments.

After the second season, viewers must be eager to find out if the clever game show will return for another round. So, this is what we know so far about the third season of “Lego Masters.”

The third season of Lego Masters will debut on September 21, 2022. Lego Masters Season 3 is one of the most-watched series right now since new episodes keep coming out.

RELATED: True Detective Season 4: Release Date, Cast, Plot, and Other Details We Have!

The intriguing plot is one of the main reasons why this program has been able to collect such a following and inspire fans to seek out Lego Masters Season 3.

On December 3, 2021, it was announced that the third season of the program, which was initially slated to premiere on May 31, 2022, has been renewed. A celebrity spinoff of the series called Celebrity Lego Masters: Holiday Bricktacular was unveiled on May 16, 2022.

How is the Lego Masters Show Formatted?

Teams of two Lego builders compete against one another to finish projects based on predetermined themes in a given period of time at the show’s focal point.

RELATED: The Kardashians Season 3: Here is the Twist!

The teams exhibit their finished creations to host Will Arnett and two Lego Group industry experts once the allotted time for the building has elapsed. Amy Corbett, a senior design manager at Lego, and Jamie Berard, who is in charge of Lego’s Lego Creator Expert and Lego Architecture lines, are the judges for the Lego Group. 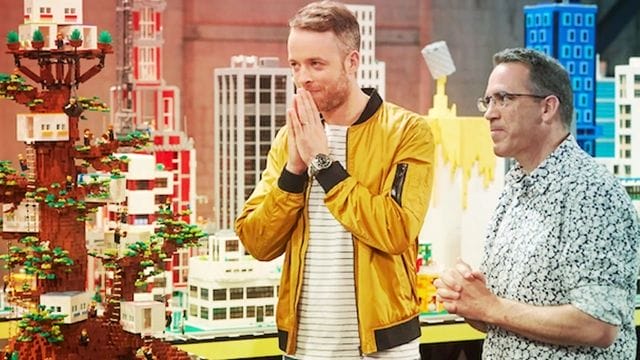 The judges unveil the top build as well as the bottom two teams, along with an explanation of their decision-making process for each team.

The losing team is then declared and eliminated from the contest after the first week. In addition to this assessment, Amy and Jamie give guidance to the teams still engaged in building.

In the first episode, the Golden Brick was awarded to the team with the best design as judged by the experts. If the team is unconvinced of the challenge’s design, they can use this brick on any following challenge after the build period but before the judging to immediately move on to the next challenge. After handing in the Golden Brick for immunity, they can utilize it as the prize for the next task. The top teams will compete in the season finale, which will conclude the tournament, for $100,000, a Lego Masters trophy, and the title of Lego Master.

The Cast of Season 3 of Lego Masters

As far as we are aware, reality competitions do not have a set cast; one such program is Lego Masters. The host and judges, however, are the same as previously. Like in previous seasons, Will Arnett returns to host the program alongside Chris Pratt, Jaime Berard, and Amy Corbett as the judges.

Trailer for Season 3 of Lego Masters

Yes, the official Lego Masters Season 3 trailer is now here and can be found on YouTube.

Where Can I Watch Season Three of Lego Masters Online?

Fox has the first two seasons of Lego Masters available. On the same platform, Lego Masters Season 3 has also been released.