We have a significant question because we are aware that The Witcher season 3 will premiere on Netflix at some point in the upcoming summer. Why do we have to wait so long to watch it on the streaming service?
First, we should make clear that season 3’s filming is over. Furthermore, it has been practiced for a while. Why have we not received any new episodes after more than six months?

There is a good answer to this, albeit a rather discouraging one: there is still a lot of work to be done in this area. The Witcher is comparable to shows like House of the Dragon, The Boys, The Wheel of Time, and others that take a lot of time to post-produce if you aren’t already aware of that. (All right, so it’s not quite as long as some of those, but it’s still quite long.) In addition to editing and taking the score into consideration, there are numerous effects that need to be added in after the fact. None of this happens particularly quickly.

Recall that network shows have the luxury of editing some episodes while others are airing. Because all episodes are released at once, the premiere date is pushed back from what it would otherwise be, but this doesn’t happen on Netflix. Many people find it worthwhile, even though it calls for patience.

Another Justification for the Delay?

Let’s be clear about this: The Witcher: Blood Origin’s release date, falls on Christmas.

There is no reason for this show to air too soon after another.

After Season 3, Liam Hemsworth Will Replace Henry Cavill in the Witcher!

The Witcher on Netflix has Henry Cavill as its most enthusiastic employee and a rock for all viewers. He was the first to vigorously pursue his role, and after relentlessly pursuing it, he was finally cast. Cavill enjoyed the books and games a lot and is very well-liked by the audience. At one point, co-star Freya Allan even referred to him as a “Witcher encyclopedia.” Unfortunately, his time as Geralt of Rivia is over.

White Wolf, Goodby; We Will Miss You.

On October 29, 2022, Henry Cavill made a startling announcement on Instagram that he was leaving Netflix’s The Witcher. Due to the fact that Season 3 has already been shot, this will apply to start with Season 4.

“My journey as Geralt of Rivia has been filled with both monsters and adventures, and alas, I will be laying down my medallion and my swords for Season 4,” the actor wrote.

No one could have predicted this, but it might be connected to his return as Superman in the DC Extended Universe. Later on, we’ll have more analysis and commentary on this news.

According to inside sources cited by Deadline Hollywood, “Cavill had made a short-term deal for The Witcher and felt it was time to move on after three seasons on the show, which films overseas and has a demanding production schedule.”

Additionally, they disclosed that Henry’s co-stars had their contracts renegotiated before Season 4 began.

The New Geralt of Rivia is Liam Hemsworth!

Without Geralt of Rivia, The Witcher cannot be the same program, so a replacement is required. Cavill kept on writing:

“The wonderful Mr. Liam Hemsworth will assume the role of the White Wolf in my place. I pass the torch to Liam with reverence for the time spent embodying Geralt and excitement to see how he portrays this most intriguing and nuanced of men, as with the greatest literary characters.

Liam, the good sir, enjoy diving in and seeing what you can find. This character has a such wonderful depth to him, he continued. 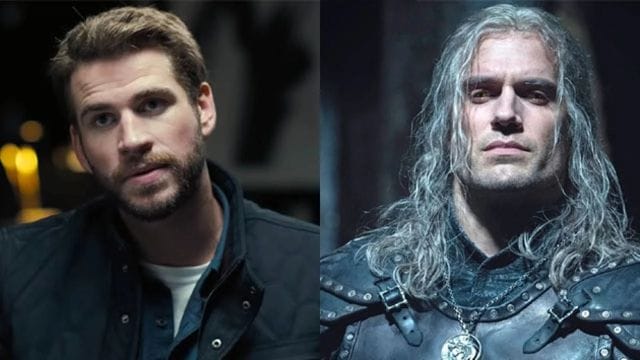 “I’m over the moon about the chance to play Geralt of Rivia as a Witcher fan. I’m honored that Henry Cavill is giving me the reins and allowing me to pick up the White Wolf’s blades for the next chapter of Geralt’s adventure because he has been an incredible Geralt.

Henry, I’ve been a fan of yours for a long time, and I was moved by the life you gave to this adored character. I may have some big shoes to fill, but I’m really looking forward to entering The Witcher universe.

And yes, in a bittersweet way, this confirms The Witcher Season 4; however, to be fair, such an announcement is undoubtedly more bitter than sweet.

The Witcher Season 3 is currently in post-production with a summer 2023 release date. The Christmas 2022 release date for the live-action prequel The Witcher: Blood Origin has been set. Keep an eye on Redanian Intelligence and stop by our Discord server to join the discussion about The Witcher.

Madonna Net Worth: All About Her Relationships!

Love is Blind Season 3 :Nick and Vanessa Lachey Discuss Why Not All Love is Blind Couples May Have Happy Endings!