Here Are the Things You Need to Know About Rings of Power Season 2!

The question isn’t “Will Rings of Power get a Season Two?” when it comes to the show’s future course. But when will Rings of Power have a second season? You see, under the specifics of Prime Video’s agreement with the J.R.R. Tolkien estate, the streamer was only permitted to buy these adaptation rights if they agreed to a five-season broadcast commitment. J.D. Payne, a co-showrunner, said of the estate, “They knew from the beginning it was the scale of the canvas.” There are elements in the first season that are resolved in Season 5. Even the finale episode’s final shot is all planned out.

Rings of Power will continue to be a popular series on Prime Video for many years to come, and now that Season One has officially ended, fans are eagerly anticipating Season Two. Fortunately, filming for the eight-episode season just started last week in London. Continue reading to learn everything we know about Rings of Power’s upcoming events.

When will the second season of Rings of Power debut?

Even though a release date has not yet been set, it appears that Prime Video is expediting the production process. The head of Amazon Studios, Jennifer Salke, stated that the production team is now working on Season Two. “We’ll release that into the public as soon as we can. 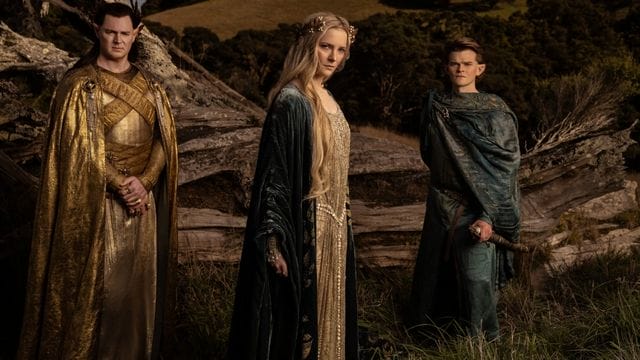 The shortest gap between seasons is ideal, but the standard must remain very high. So whatever it takes will be done. However, there has been a sense of urgency in going rapidly, which is why these guys have continued to write throughout their break. We are moving quickly.

What Might Happen in Season Two of Rings of Power?

There is only one confirmed fact at this time: One of the oldest and wisest elves, Crdan, has joined the plot during Season Two, according to a Prime Video announcement. Crdan will play a significant role in the history of Middle-earth even if the role has not yet been filled.

The showrunners provided some hints in a recent interview with Esquire regarding the future direction of the tale. Darkness awaits Galadriel, who has been duped and courted by Sauron. Payne told Esquire, “I think there has to be a reckoning.” “We observe her approving the creation of the rings despite being aware that Sauron had a hand in the scientific process involved. She must take some responsibility as well because “I gave the Dark Lord strength.

” In a raft, I saved his life. I participated in his rise from obscurity to command an army. She has a lot to deal with and take responsibility for. I believe that she will have to pick up those threads and consider how her various relationships will be impacted by her decisions.” Galadriel is still suffering the repercussions of that, according to McKay, who also mentioned that Elrond has found evidence of her suppressing information from him.

What is the Net Worth of Seth Green?