Kevin Feige Net Worth: What is Marvel Boss’s Net Worth in 2022? 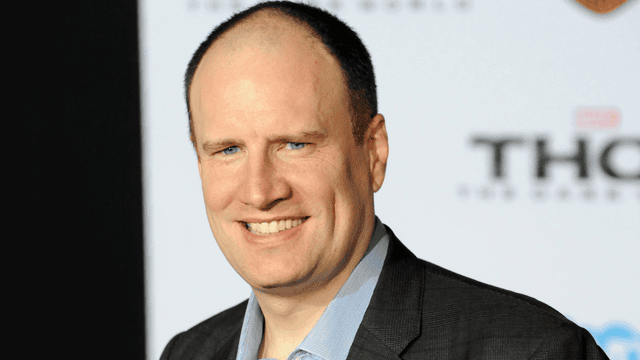 Kevin Feige’s birthday is June 2nd, and he was born Kevin Michael Feige in Boston. He went to Westfield High School after growing up in the town of the same name in New Jersey. After high school, Kevin applied to the School of Cinematic Arts at the University of Southern California, where directors like Ron Howard, George Lucas, and Robert Zemeckis got their start. Feige got the Mary Pickford Alumni Award in 2014.

Avi Arad, a film producer and the CEO of Toy Biz, was so impressed with Kevin Feige that he hired him as an associate producer at Marvel in the year 2000. Because of Feige’s in-depth familiarity with the Marvel Universe, the film brand was eager to have him on board, and the X-Men franchise was the first movie he worked on while employed by the studio.

In the same year, Feige was motivated to construct a universe that was analogous to what comic book authors Stan Lee and Jack Kirby had done in the 1960s for their work. It was a lofty goal for the newcomer, who was 27 years old at the time, but Feige was eager to make the notion that he had borrowed a reality.

According to Celebrity Net Worth, an American film producer and businessman, Kevin Feige, has a net worth of $200 million. Since 2007, Feige has held the position of president of Marvel Studios, and his films have amassed over $26 billion in box office revenue throughout the world. By a long shot, Kevin is the highest-grossing producer ever. Kathleen Kennedy (of “Star Wars”) is the second highest-grossing producer, with $12.9 billion.

After winning Best Action Film at the Music City Film Critics’ Association Awards and Best Studio Film at the Chicago Independent Film Critics’ Circle Awards, “Black Panther” was nominated for an Academy Award for Best Motion Picture of the Year in 2019. In the same year, “Avengers: Endgame” won the Hollywood Blockbuster Award and Feige won the Lifetime Achievement Award in Motion Pictures at the PGA Awards.

Kevin has been nominated for two Gold Derby Awards in the Motion Picture category (for “Guardians of the Galaxy” in 2015 and “Black Panther” in 2019), and he won the Publicists Guild of America’s Showmanship Award in 2013.

Who is Kevin Feige?

Kevin Feige was born to Jewish parents on June 2, 1973, in Boston, Massachusetts. His grandpa was a television producer in the 1950s, working on shows like “The Guiding Light” and “As the World Turns,” so the young man had grown up in the industry. He graduated from the University of Southern California’s School of Cinematic Arts, an institution from which several of his favourite directors, like Ron Howard, George Lucas, and Robert Zemeckis, also received their training. The two are now happily married.

How Old is Kevin Feige?

What is Kevin Feige Net Worth?

Speculation places Kevin Feige’s wealth at $200 million. Beginning as an assistant producer on X-Men in 2000, he went on to launch the Marvel Cinematic Universe with 2008’s Iron Man. In an interview, Feige said that the franchise’s $26.8 billion in earnings can be traced back to the movie industry.

What is Kevin Feige Annual Income?

As of the year 2022, he brings in $20,000,000 a year. He makes the most of his money from acting in and producing movies, as well as through side projects, endorsements, and other commercial partnerships.

To put it simply, Kevin Feige is the man in charge of the Marvel Cinematic Universe and the whole Marvel Studios production company. In the year 2000, Avi Arad engaged him as an assistant producer for Marvel. Caitlin Feige works as a nurse in the field of cardiothoracic medicine.

Both “Avengers: Endgame” and Feige received honours at the Hollywood Film Awards; the former took home the Hollywood Blockbuster Award, and the latter, the Lifetime Achievement Award in Motion Pictures. Feige was nominated for two Gold Derby Awards, both in the Motion Picture category (for “Guardians of the Galaxy” in 2015 and “Black Panther” in 2019).

King Charles III: Buckingham Palace Reports That King Charles Will Be Crowned on May 6, 2023!