Nicki Minaj is disputing the Recording Academy’s decision to move “Super Freaky Girl” from the Grammys’ rap section to the pop category. She says she would be fine with the move if it were applied consistently to other crossover artists, but that is not the case.

Minaj tweeted late Thursday that she didn’t mind being bumped out of the RAP category as long as everyone was treated fairly. “If SFG (‘Super Freaky Girl’) has 2B out RAP, so does Big Energy!” she said, alluding to the Latto hit. “Anyone who disagrees with Nicki is a troll.”

Minaj posted a 17-minute Instagram video explaining her stance. “If you can’t see by now that newer artists are getting things they don’t deserve over deserving folks, you’re not paying attention. Not that any song or female rapper is awful. Any rapper, male or female, who wins a Grammy should be proud. Why is Nicki’s goalpost always moved? I’ll explain. They don’t want their employees to compete with me.

The Hollywood Reporter was the first publication to reveal that the Grammys had modified the genre category for “Super Freaky” before Nicki Minaj made her feelings known. In the midst of the tens of thousands of tracks on the first-round ballot, which was distributed to Recording Academy voters this week, the switch was made public.

She asserted in her Instagram video message that “Big Energy” is pop music if “Super Freaky Girl” is. Do the same with ‘Big Energy’ if you move ‘Super Freaky Girl’ from rap to pop, am I right? By the way, if you want to discuss it, both songs were produced by the same people. Let’s keep things fair, then.

She said she had little chance in the category she was transferred to but would probably win in rap. What do you anticipate will happen when they begin voting on these popular categories? And they have to choose between Nicki Minaj and Harry Styles or Nicki Minaj and Adele? And they’re all white or from wherever they are, or older? 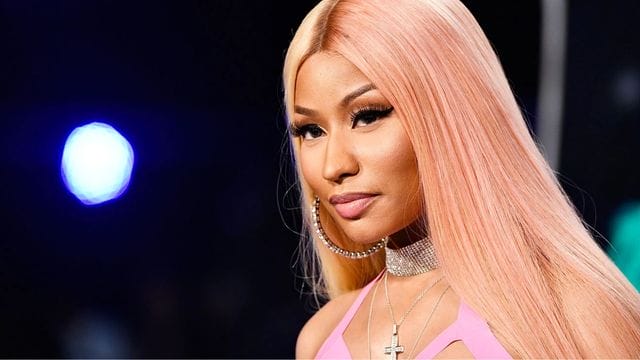 Nicki is not included in the (rap) area we do not want any competition on purpose. Put her there (in pop) so there will be more opponents and fewer opportunities for her to win.

“They change the goalposts when it comes to me,” she continued, “because they have to elevate someone that they profit from in order for them to shine, the individuals that these corporate giants can make the money off of, the people who control a lot of things behind the scenes.” “There is an agenda,” she continued, “since I am not tied to a 360 label and for years there was a certain label that had to pay me continually for their features.”

Minaj hints that she knows who is on the committee making these decisions and expresses aggravation over not knowing who they are. I’m sorry, Grammy board. Whoever made this choice, please let us know,” she demanded. “And I realized there was something strange when a particular person started claiming, ‘Oh, ‘Super Freaky Girl’ is pop,’ recently. He is frequently the focal point of an attack against me. This shit has to end, y’all.

I have no prob being moved out the RAP category as long as we r ALL being treated FAIRLY. If SFG has 2B moved out RAP then so does Big Energy! ANY1 who says diff is simply a Nicki hater or a troll. I’d actually LUV 2 c a more street record win- male OR female! IJS rightIsRight 🫡

Minaj’s supporters dredged up a tweet from Latto in which she just seems to hint that her major success was not pure rap, writing, “I got my pop song coming up now.”

The Recording Academy doesn’t explain why its screening committees move songs to other categories. The general ballot, which can have thousands of submissions, isn’t revealed. Insiders discovered what decisions Grammy voters made Thursday.

In the case of “Super Freaky Girl,” it’s a difficult judgment, as Minaj raps the entire song without singing. However, the tune uses so much of Rick James’ “Super Freak” that it’s hard to hear her song without thinking of the 1981 classic.

Minaj’s bawdy reworking of James’ song was a larger “pop” hit. His “Super Freak” reached No. 16 on the Hot 100 more than 40 years ago, whereas Minaj’s did this year.

Akudama Drive Season 2 Release Date: What Will Happen Next in Season 2?

Why Did Andy’s Dad Change His Name?

How Much Did 69 Last Album Sell?