Reports Suggest That Bray Wyatt’s Intentions for Monday Night Raw Have Been Leaked!

Bray Wyatt made his comeback to WWE at the Extreme Rules event, and it would appear that the ex-Champion will be working for the RAW brand in the near future.

According to a tweet that was posted not so long ago by Xero News, there are plans for Bray Wyatt to appear on RAW tonight. However, those plans are believed to be a promotional segment or a vignette. It has been stated that the advertisement has already been filmed; however, it is unknown if the celebrity will actually make an appearance on RAW or whether the piece will just be prerecorded.

The return of Wyatt was one of the most talked-about topics across the world this past weekend, and it continues to be the most popular topic of discussion in the industry at the present time. It would appear that he has introduced a new character, which has caused some consternation in the realm of professional wrestling.

Has the Firefly Fun House Been Let Loose in the WWE by Bray Wyatt?

The mysterious reappearance of Wyatt after a month-long trail of hints has left the WWE Universe with more questions than answers.

The most important of these is the identity of the other people who are a part of The Firefly Fun House. Abby the Witch, Huskus, Mercy, Ramblin’ Rabbit, and The Fiend were all present in Philadelphia, and it is quite evident that going forward, each of these characters will be performed by a different prominent actor or actress. 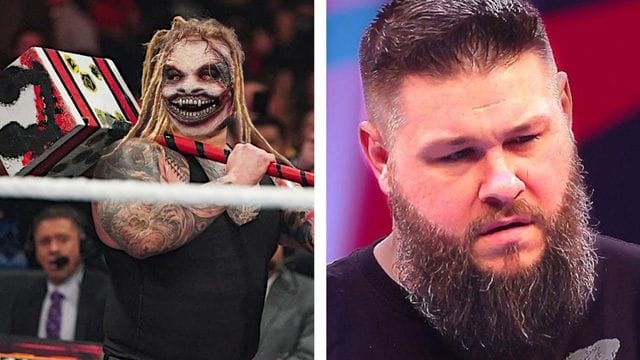 The promo that Wyatt is scheduled to do on RAW tonight might provide some answers to questions that have been raised regarding the persona that he has returned as and how he survived the influence of The Fiend.

It is unknown at this time whether any of the members of Wyatt 6 will have their identities revealed in the near future or whether this will be another trail of clues that the WWE Universe will have to decipher in order to figure out what is going on, but he could also introduce the other members of Wyatt 6.

Bray Wyatt is back in WWE, yet his QR codes keep appearing on TV. This week’s Monday Night Raw featured another during a backstage segment as The Miz celebrated his birthday. The code opens a video on WWE.com showing Wyatt’s new butterfly logo.

The background music is “He’s Got the Whole World in His Hands.” Twitter users believe the letters JNV could be coded for 10/14/22 given their alphabetical places. That means Wyatt will be on this week’s FNS.

The latest QR code from this week’s #WWERaw shows a video of puzzle pieces making Bray Wyatt’s new logo. “He’s Got The Whole World in His Hands” is playing in the background pic.twitter.com/z3iyxJHXpC

Wyatt interrupted the show with a twisted message resembling his weekend homecoming. Wyatt yelled “Revel in What You Are!” while wearing his mask.

WWE advertised Wyatt for this week’s SmackDown, asking “What Does Bray Wyatt Have In Store?” Updates coming.

Who is Michael Strahan? All You Need to Know About His Net Worth, Endorsements, House, and Stature!

All American Homecoming Season 2 Cast: When Does the CW Air this Show?