In their newest collaboration, Jennifer Lopez and Maluma look absolutely stunning as they show-off their on-screen chemistry. Their two-part music video was finally released on September 24th via a TikTok live stream. Fans were so excited about this collaboration that the eight-minute music video hit 2 million views within 24 hours. Maluma further promised that Lopez and he would work on more projects together in the future. 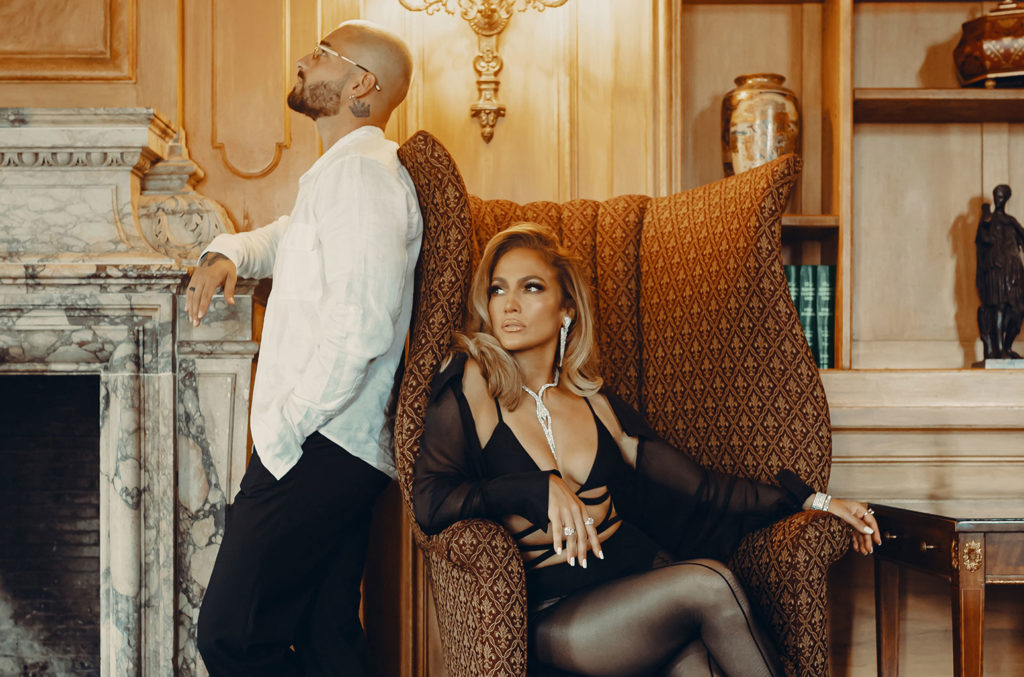 The Jessy Terrero-directed music video narrates the story of a wealthy woman (played by Lopez) and her relationship with her driver/security guard. However, she is unaware of his huge secret. The first four minutes of the video, the Pa Ti section, showcases a huge mansion. Lopez sits on the balcony reading her newspaper as the voiceover reveals that a Wall Street executive has been charged. As the video proceeds, Lopez gradually falls in love with Maluma, and the duo dance together on a roof, with the view of a breathtaking New York City. The first half ends with the FBI raiding Lopez’s bungalow and arresting her. That’s when she realized that Maluma is a secret agent.

As the Lonely part begins, Lopez shows off her dance moves while in prison. She is seen wearing a catsuit in these scenes. Eventually, sparks fly in the interrogation room, and Maluma figures out a way to help Lopez escape. Two months later, Lopez walks away when Maluma finds her at a bar in Abu Dhabi. This marks the end of the video.

Fans went crazy over this music video. They could not contain their excitement and happiness. After Lopez posted a snippet from the video on Instagram (@jlo), they bombarded her post with positive comments. On Twitter too, fans spammed with much love and support to the artists. Moreover, Lopez’s fiance was very supportive of this project. He even made an appearance on set.

This isn’t the first time that the two artists have collaborated. They starred in a romantic comedy movie, Marry Me. It was supposed to release on February 14th, 2020, but got postponed due to the on-going world pandemic.

The movie features a Latin pop star (Lopez) who is all set to marry her fiance (Maluma). However, he is a playboy, and Lopez soon finds out about his affair. In a vengeful act, she decides to pick a complete stranger(Owen Wilson) at one of her live concerts and marries him instead.

The MI vs RR match prediction for 29th April