Bad Bunny, Crocs are back with yet another celebrity collaboration. Previously, the brand collaborated with big-shots like Post Malone and the fast-food company KFC. Finally, Crocs are going international in collaboration with Bad Bunny. The 26-year-old singer has expressed his love for crocs as he wore them in several concerts and music videos. 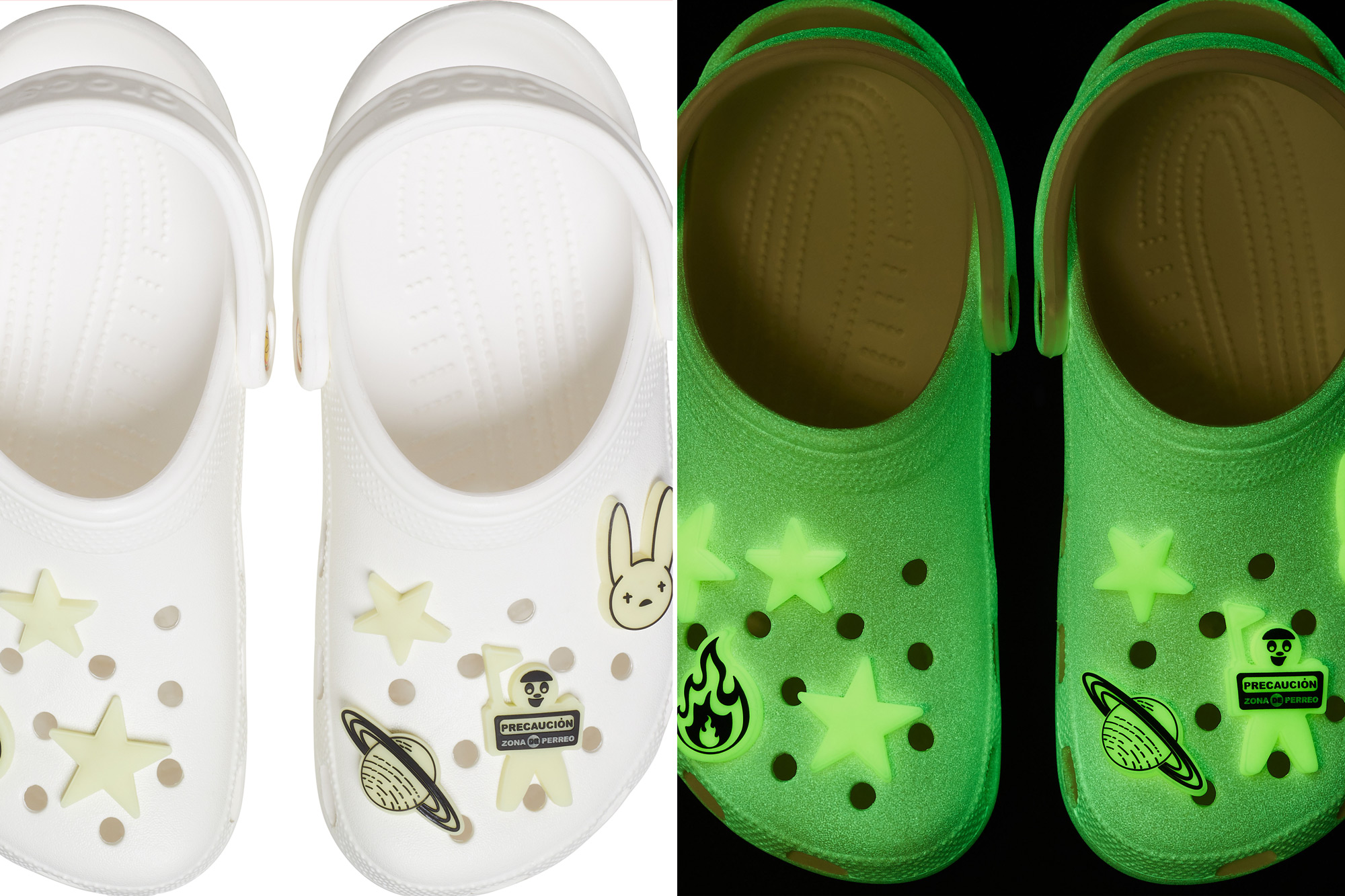 Bad Bunny designed a pair of glow-in-the-darks crocs along with Jibbitz to match. He expressed that Crocs represent his beliefs, and through them, he wanted to send a message to all his fans. Further, he admitted to being a long-time fan of the brand. He also said that he had fun designing for Crocs.

I hope they inspire others to have their own fun with their personal style and wearing what makes them happy.

This particular design looks like a glowing galaxy on a bedroom ceiling. It is the perfect one to make you nostalgic about your childhood, which was a huge motive for the design. The collaboration will be out on 29th September for $59.99.

Benito Antonio Martínez Ocasio, famously known as Bad Bunny, is a Puerto Rican singer, rapper, and songwriter. He was born on 10th March 1994. He is well known for his deep, slurred vocal style and for his fashion sense. Bad Bunny has previously collaborated with many major artists like J Balvin, Ozuna, Farruko, Residente, Arcángel, and Daddy Yankee. Earlier this year, he performed at the Superbowl halftime show along with Jennifer Lopez and Shakira. He also became the first Latin musician on the cover of the Rolling Stones magazine.

Crocs Inc. is an American footwear company based in Colorado. It was founded in 2002 as a beachwear. Initially, they produced and distributed foam clog shoes. Since its debut, it has sold 300 million pairs so far. Crocs are the most loved and desired shoes worldwide. Today, they are available in more than 20 colors. Moreover, the American Podiatric Medical Association accepted and approved them as diabetic footwear. However, Crocs had to change their design in 2008 when many children in Japan had minor escalator accidents. Further, in August 2018, the brand announced that they were closing their last company-operated manufacturing plants in Mexico and Italy.